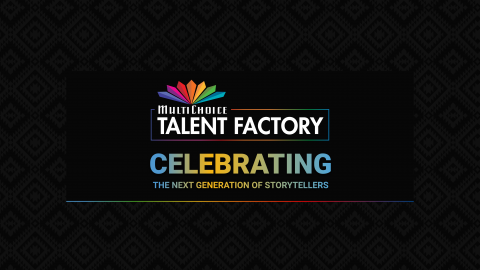 The MultiChoice Talent Factory Academy is a multi-disciplinary training programme that was launched in 2018 to develop the next generation of storytellers in Africa.

The MultiChoice Talent Factory (MTF) Academy held its annual graduation ceremonies in October this year. The graduations celebrated the talent and hard work of 57 students across three academies in West, East and Southern Africa, all of whom worked tirelessly to hone their skills and develop their craft.

In addition to receiving their qualifications conferred by the three partner universities on the day, the top graduates from each of the three academies were presented with the incredible opportunity to further their development with various internships sponsored by MTF partner organizations.

The top graduates who were awarded an eight-week scholarship at the New York Film Academy (NYFA) are Melkamu Haile from Ethiopia, Lushinjilo Victor Kasanga from Zambia and Adedamola Akapo from Nigeria. The top graduates awarded a two-week Bollywood internship with Zee World are Emmanuel Horla Nuvor from Ghana, Audrey Egesa from Kenya and Yvonne Feresu from Zimbabwe. Additionally, top graduates Oluwatoyosi Fowode from Nigeria, Kenneth Msanjila from Tanzania and Larona Dichaba have been awarded with a two-week internship at a local film and TV production in South Africa.

‘’The common saying is that the world is your oyster, but for creative TV and filmmakers, we say the world is your canvas! When you were chosen to be part of the MTF Class of 2022, you brought along your talents and all the Factory did was help you structure and polish what was already there. It is for this reason that I have every belief that you will carry the MTF Alumni badge with pride and excellence. I challenge you to do one thing: to tell Africa’s future stories with care, dignity, boldness and with passion. And whilst you do that, remember to go out and pay it forward. Take time to uncover young talent within whatever sphere you find yourself in’’, said Multichoice Talent Factory Director Nwabisa Matyumza.

The events were the perfect opportunity to showcase the wealth of filmmaking talent that exists on the continent and to inspire other young filmmakers to follow in the footsteps of these talented graduates. The final requirement of their curriculum was to create and develop feature films, which will be broadcast on local channels and Showmax.

“To all the MultiChoice Talent Factory Academy 2022 graduates, I hope that you hear the applause from all of us at the New York Film Academy (NYFA) for successfully completing your yearlong training. You have been given an amazing opportunity to hone your craft and NYFA feels honoured to have played a role in your development as global storytellers. We are proud to have each one of you as a member of the ‘NYFA family’, which consists of more than 135,000 motion picture artists from 160 countries, and we look forward to following you in your artistic path forward,’’ said the President of New York Film Academy, Michael J. Young.

Now in its third cohort, the MultiChoice Talent Factory (MTF) Academy has proven that the African entertainment industry is ripe with gripping stories that are waiting to be told. Through partnerships with renowned organisations such as Dolby Studios, Canon, Zee World, Pan-Atlantic University in Nigeria, Kenyatta University in Kenya, and the University of Zambia, MTF has been able to establish itself as a premier provider of media and technology training in Africa.

“As well as being a great way to get started in the industry, the MTF Academy is also helping to change the way that African stories are told while giving homegrown African talent a platform to shine,” says MultiChoice Corporate Affairs Group Executive Collen Dlamini. “MTF is grateful to all its partners, stakeholders and collaborators for coming together to support growing talent, and for investing in the continent’s creative film and TV industry.”