The Storytelling Masterclass series delves into discovering your artistic identity as a storyteller, understanding the process of creative storytelling and writing, the magic of the ideational process and how to use essential structures and conventions to finally bring your story up to the industry standard. 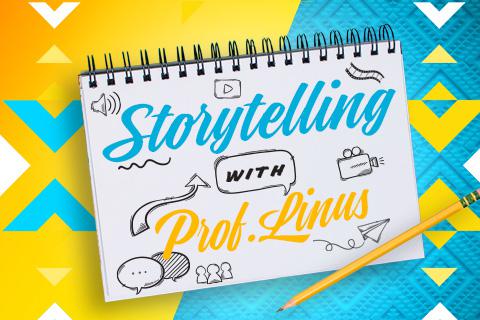 Login to watch Signup to watch
Signup today to get access to these masterclass video lessons exclusively. Learn at your own pace on mobile or desktop.

Among his documentary productions are Barbara’s Doll House (in the Independent Film Producers Museum in New York) and The Forgotten Sports Heroes (a reflection on past sports heroes in Ghana).

As the Rector of the National Film & Television Institute (NAFTI), he developed certificate/diploma professional courses in film and television for practitioners who wanted professional upgrade to their skills, but didn’t have the qualifications to enter Bachelors programmes.

In the past two years, he has served as the Chairperson of the Ghana Foreign Language (Oscars) Committee – which supervisors the selection of films from Ghana to be presented for competition in the Oscars.

Not able to access
Masterclasses? Register now
and learn on the go with our
free masterclasses.